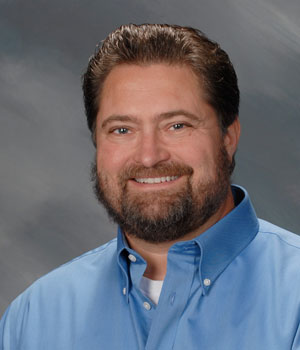 Ron was born on May 8, 1960, at Foote Hospital, Jackson, Michigan. He was given his fathers middle name, Kenneth. At the time of his birth, his grandmother cut out the birth announcement and used it as a bookmark in the Bible that she read daily. Ron attributes his grandmothers example as fomative for his faith growing up. He was given her Bible when his grandmother passed. It is one of his treasured items in his office alongside pictures of the family.

Ron was born the 5th child of 6 children and was raised in a quaint, middle class home in nearby Leslie. Ron was the high school football team's quarterback; he played baseball and was the point guard for the basketball team (which he served as both teams' captain and also lettered in both sports); and he was on the debate team, where he also lettered and served as team captain. In many ways, Ron compares his role in the church as that of a coach—called to connect people to God, to one another, and to a life transfoming ministry.

Ron is a graduate of Michigan State University (the only University of Michigan) where he majored in Secondary Education and Minored in Religious Studies. He received his Masters of Divinity from Iliff School of Theology in Denver, Colorado. He discovered that he preferred the lakes and trees of Michigan over the Rocky Mountains of Colorado and returned to the West Michigan Conference in 1985 to begin his pastoral career. He served the Brookfield/Center Eaton UMC, Nashville UMC, Mt. Hope UMC and Lansing Central UMC (all in the Lansing District), the Lawrence UMC and St. Paul's UMC (Kalamazoo District), and the Carson City UMC (Heartland District). He and his wife, Penny, look forward to their first appointment in the Albion District.

Ron is the published author of the book A Flint, a Sponqe, and a Honeycomb and has been published in two anthologies of wedding and funeral homilies. He has served on the District and Conference Evangelism Committees, Conference Town and Country Committee, and is eagerly awaiting a call to be on the District or Conference Board of Ordained Ministry. He is a licensed, national consultant for Natural Church Development. He has also served on hospital boards, city zoning boards, and coached girls and boys basketball for 10 years. Ron was voted the Class C Regional Coach of the year in 1995 and received the 2005 Evangelical Sermon of the Year Award from the Conference.

The most important thing to know about Ron is that he and Penny were united in marriage on May 11, 1991, in a beautiful candlelight service, on Ron's dad's birthday. She was escorted down the aisle by her two boys, Erich and Devin Jones, while Ron's two boys, Rodney and Aaron Brooks, served as an usher and ring bearer, respectively. In 1994, this, already blended, family would become super-sized when they became legal guardians of Penny's sisters three children. It should be noted that Penny is from Louisiana and, at times, may be considered "spicey." Ch, and to share one interesting story, they spent their one-year anniversary serving spaghetti dinners at the church's annual fundraiser. Somehow, despite many other interesting stories, they have remained happily married for almost 23 years now. 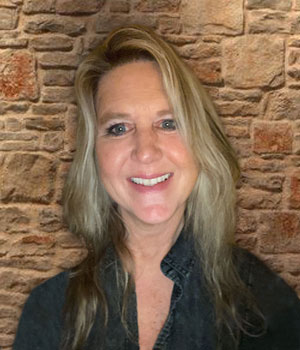 I was born in 1967 at Sparrow Hospital in Lansing. I grew up and went to school in Lansing and graduated high school at Lansing Eastern in 1985. Then I attended MSU on a swimming scholarship but that only lasted a year for me. While I was a great athlete I struggled in the classroom and just felt I needed to do something else. So I started to work and go to school part time at L.C.C. I eventually became a medical assistant and then worked for a hospital and medical offices. I ended up being able to travel a bit before I started a family.

I have been a single mom for over 10 years now and I have raised two beautiful young ladies who shine inside and out. Being a mom was and has been the best job of my life. I have had to work while raising them and that has its challenges but I feel they have turned out very well. My mom and I bought a house in Grand Ledge together after my father passed away in 2015 and she also left us to join him 3 years this August. My ex-husband and I remain close and continue to have a great relationship especially in taking care of our duties as parents. I reside very close to the church which makes it very convenient. My girls and I live together with 3 dogs and a bunny rabbit. Our love of animals is undeniable. My oldest daughter just recently finished and graduated from Douglas J academy in their cosmetology program. My youngest just graduated from Grand Ledge with honors and plans to attend LCC this fall on line.

I have coached high school and middle school swim at Grand Ledge high school for many years and it has been a joy. Now that my daughter has graduated I believe that chapter in my life has closed but the girls swim team remains dear to my heart. I have enjoyed being a part of the Grand Ledge First United Methodist Church and though I was looking for the extra income it is way more than just a job. I have met some wonderfully kind people and look forward to my future there as the secretary. I do work an evening job at home as and IT Epic support analyst. So while my life is very busy I have time to enjoy what I do and what I love and that is being close to my girls and many wonderful people in the community and hope to make a difference. 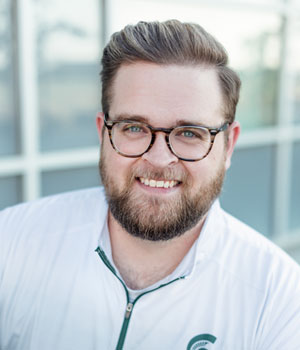 Jack Bertrand is a candidate for a masters in choral conducting at Michigan State University. He spent seven years teaching in public schools in Michigan and California ranging from elementary band to high school choir. He also loves to perform as a vocalist and instrumentalist. In his free time, he enjoys hiking, traveling, and spending time with close friends and family.