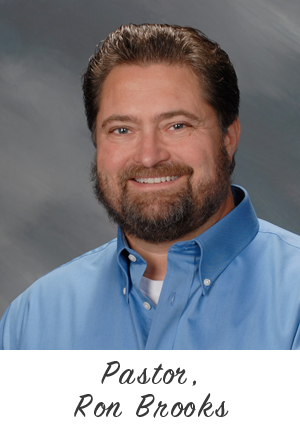 Dog Days of Summer Are Here

I'm sure you have heard the expression the "Dog Days of Summer." Traditionally it refers to a period of particularly hot and humid weather occurring during the summer months of July and August. In ancient Greece and Rome, the Dog Days were believed to be a time of drought, bad luck, and unrest, when dogs and men alike would be driven mad by the extreme heat!

You can see how they might make the connection. This year the drought seems to cover much of the country and water shortages are popping up all over the west. Every day seems to warn us that much of the country is under "severe weather" of one kind or another. Frankly, I totally relate to being driven "mad" by the heat...I'm thanking Jesus every day for air conditioning.

We naturally look for reasons why things happen in our lives and world. The ancients saw the rising of Sirius, the Dog Star and were convinced it was the culprit. Sirius is part of the constellation Canis Majoris—the "Greater Dog"—which is where Sirius gets its canine nickname, as well as its official name, Alpha Canis Majoris. Not including our own Sun, Sirius is the brightest star in the sky.  It's rise they assumed heated up the sky causing summer's sweltering temperatures. The name "Sirius" stems from ancient Greek word meaning "scorching", and yes I'm serious about the meaning of the word "Sirius".

We can make jokes about how silly an idea it was that a star in the cold of space light years away somehow warmed up our atmosphere for the summer but the search for cause and effect is built into our natures. A tragedy happens and we look for someone or something to blame. When we can't find a direct "cause" often God gets the blame.  Jesus once mentioned the tragic collapse of a tower in Siloam that killed 18 people. When tragedies strike it's natural for people to start asking why and some people thought maybe the victims had done
something to deserve it. Jesus said, "Do you think they were more guilty than all the others living in Jerusalem? I tell you, no! (Luke 13:4–5)." In commenting on the fall of the tower of Siloam, Jesus negates four assumptions that people often
make:

1) Suffering is proportional to sinfulness.
2) Tragedy is a sure sign of God's judgment.
3) Bad things happen only to bad people.
4) We have the right to make such judgments.

To each of these assumptions, Jesus says, no. The story also makes me wonder about what other assumptions I mistakenly make each day about people, events, and my own life. There is a saying about the word "assume" that you've probably heard that breaks the word down into three other words...enough said.  I pray you enjoy the dog days of summer and let's try to check our assumptions "at the door" and trust God for every good thing in the days ahead.


Michigan Conference   |    Mid-Michigan District
UMC.org   |    The Upper Room
UMCOR Disaster Relief
Who is God?   |    Who is Jesus?
Who is the Holy Spirit?
What is a United Methodist?
What is the Church?   |    Is the Bible really true?   |    Should I be baptized?
© Copyright 2022
Grand Ledge First UMC
Terms of Use - Privacy Policies
United Methodist Websites provided by Finding GodsWay Web Ministries, Inc., all rights reserved.